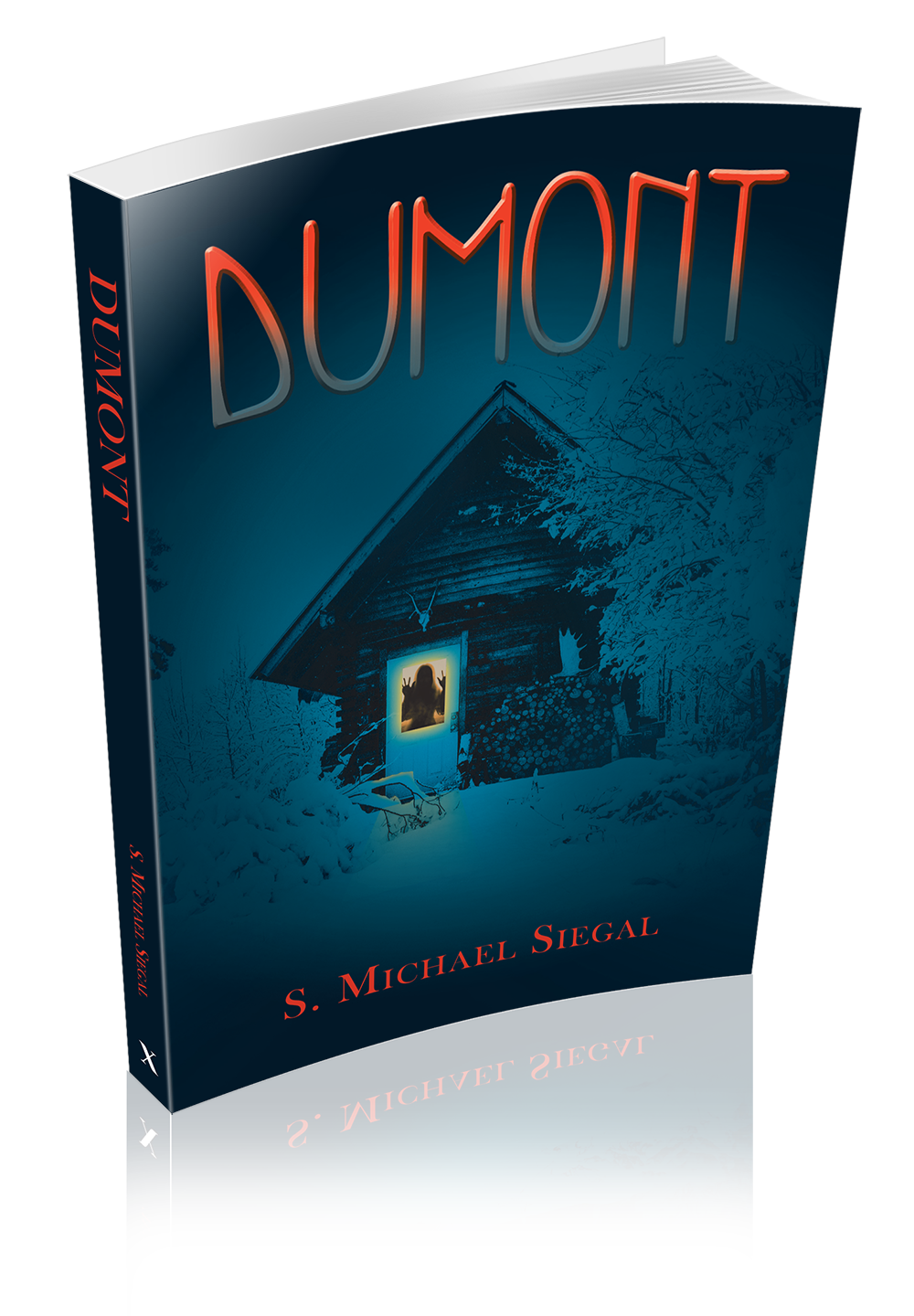 From the author of COP COHEN and CONTRA LEGEM.
S. MICHAEL SIEGAL
DUMONT

This novel is partially based on a true story. When the author was in elementary school, the parents of his best friend had purchased an old dilapidated cabin in the town of Dumont Colorado. A skeletal hand was found and it was presumed the cabin was haunted. The author was to spend the weekend in the cabin but a mysterious fire destroyed the cabin. He recalls many onlookers witnessing murky images of ghosts rising into the sky while the cabin was burning.

S. Michael Siegal takes you on a terrifying tale beginning with the murder and decapitation of a Colorado gold miner in a wood cabin in Dumont. The cabin, which was believed to be haunted, amasses more lives throughout the years until a fire mysteriously destroys it. The land, where the cabin once stood, is purchased by Danny Goodstein, a real estate developer, who builds the Mill City Casino and Hotel. Did the ghosts find a new victim to torment, was Danny the one they had chosen? Will he eventually yield to the horrors where the gold miner’s cabin once stood?